Merging the Literature and Propelling the Science

Fifteen years ago, I began to see more on HIV and the use of protease inhibitors in stopping the virus from mutating, proliferating, and ravaging in the body.  At the time, although the evidence was not quite amassed about just how effective this new pharmaceutical treatment would be in preventing death long-term, I thought (and hoped) that those living with this disease may actually be able to age with this disease.  As I continued studying, I read more and more about HIV and saw that there were many overlaps between HIV and aging (Figure 1) as I realized that people were probably going to age with this disease, and perhaps age successfully for many infected individuals. I presented my preliminary findings to healthcare practitioners and others at scientific conferences. All ideas have their time in the spotlight and apparently the topic of aging with HIV was premature. At first, my ideas were not met with the most roaring of applause, but at least there were a few open-minded souls in the audience that encouraged me to continue my work. So I kept tinkering with these ideas surrounding aging with HIV and found that, over time, more and more interest began to emerge on the topic.

Fortunately, a few journals were open to the idea of successful aging with HIV. I started publishing concerning what I found by merging the gerontological and HIV literatures.  In fact, there are several shared experiences for those aging and those living with HIV, including immune decline, cognitive declines, social declines, sleep disruptions, fatigue/mitochondria damage, and suicide. It turns out that those with HIV experience similar problems in those adults aging normally. So I began to sound the alarm that as people age with HIV, thanks to the new medications, they may be more at-risk of experiencing such declines and associated problems that go along with them. Therefore, we need to develop strategies to address these risk factors. 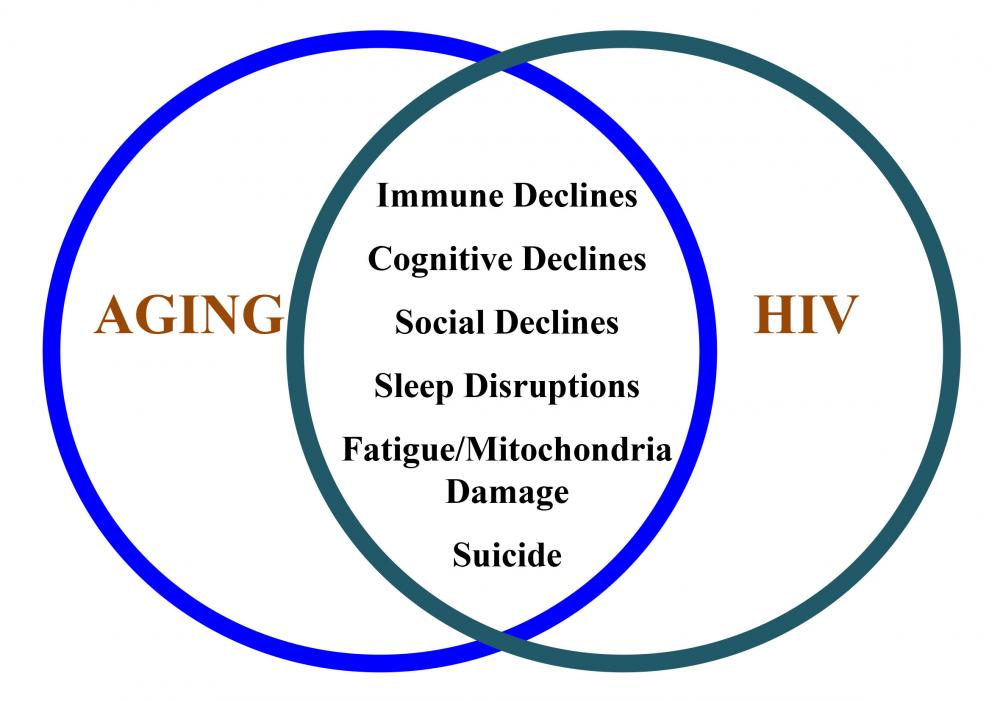 The science has now caught up to some of my ideas and we know much more about the phenomenon of aging with HIV. We are in a better place to do something about it.  But much of this progression in science and practice comes from merging seemly disparate literatures and getting ahead of an emerging phenomenon.

I was fortunate that my interests lead me to this point where I’ve been successful in publishing many articles and book chapters on this topic. But as editor-in-chief of Nursing: Research and Reviews, I’m curious about others who are experiencing similar insights as they are merging their interest areas and seeing through the crystal ball as to what new issues are going to affect their patient population, whether it is in the field of multiple sclerosis, diabetes, substance abuse, and so forth. Please consider sharing your important insights with us as you practice, research, and review the literature. Together we can boldly propel the science forward.