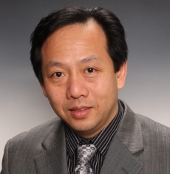 Dr. Quan is a Professor at the Florida Atlantic University where he serves as a member of the Brain Institute and the Deapartment of Biomedical Science in the College of Medicine. During his PhD thesis research, he demonstrated a hypothermic effect of norepinephrine in the preoptic area of the hypothalamus. As a postdoctoral fellow at Duke University, he demonstrated the existence of IL-1 bioactivity in normal brain, linking this inflammatory cytokine to physiological neural functions of the central nervous system (CNS). During his research fellowship at the National Institute of Mental Health, He demonstrated that the blood brain barrier can serve as a relay of neuroimmune communication, transmitting peripheral immune signal to the brain.

Dr. Quan's past research at the Ohio State University focused on understanding the communication pathways between the immune system and the CNS and the neural functions of the mediators of neuroimmune communication. He demonstrated a role for proinflammatory cytokines in mediating neurodegeneration induced by the chronic CNS infection of Trypanosoma brucei, described the temporospatial distribution of IL-1 and COX-2 expression after peripheral immune challenge, uncovered a location-specific neural pathway by which localized peripheral inflammation signals brain, discovered multiple promoters in the IL-1R1 gene that drives cell type specific expression of IL-1R1 in the CNS to mediate diverse functions of IL-1 in the brain, leading to the identification of IL-1R3. His current research includes further dissecting the role of IL-1R1 and COX-2 in the brain by creating and analyzing mouse lines which express these molecules in specific cell types of the brain, elucidating mechanisms underlying a novel type of peripheral inflammation recently discovered in his lab-inflammation without the induction of sickness behaviors and neuroimmune activation, and exploring the potential clinical benefits of this type of inflammation.

At national and international levels, Dr. Quan has served as a member and chairman of multiple NIH study sections, a member of grant review panels for UK and Canada and on the editorial boards of multiple journals. 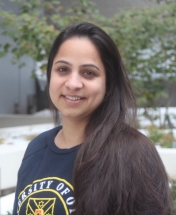 Dr Monika Sharma is a Research Scientist at Gilead Sciences. Being a part of this organization, she thrives to contribute significantly to bring novel drug targets for fibrotic diseases by supporting and leading research efforts of critical programs in highly matrix environment of Gilead Sciences. Prior to this role, she was a postdoctoral fellow at New York University Langone Medical Center in Prof Kathryn Moore’s lab. She received American Heart Association Fellow during her research time at NYU.
After obtaining her Master’s degree from Panjab University, India, she moved to New Zealand where she received her PhD from the University of Otago under the supervision of Prof Sally McCormick. During her PhD training, she studied the metabolism and intracellular trafficking of lipoprotein(a).
Her academic training and research experience have provided her with an excellent background in multiple biological disciplines including immunology, biochemistry, molecular biology, microbiology, and genetics. Along with two peer-reviewed publications, as a major part of her challenging PhD project, she discovered a novel receptor for lipoprotein(a). As the therapeutics to lower Lp(a) levels are still developing, the need for understanding the clearance mechanism holds a great promise for drug targets. Her work on finding the receptor for Lp(a) that leads to the degradation of a part of Lp(a) was published in Circulation Research, which made it to the cover image for that issue and also lead to an editorial in the same issue. During her graduate studies in New Zealand, she received many scientific and non-scientific honors both in New Zealand as well as internationally. Her research work received a huge acclaim at the scientific community, which bolstered her confidence to move forward and learn new aspects in metabolic diseases and life-threatening diseases such as cancer. In her post-doctoral research training, she has built the multi-disciplinary aspects of chronic inflammatory disorders such as cardiovascular disease and metabolic disease. The major goal of our research is to identify mechanisms to reduce atherosclerotic cardiovascular disease. Her research has tested that regulatory T cells prevent stop the chronic inflammation and initiate tissue repair to shrink plaques. Our studies are in progress to identify new therapeutic targets to promote atherosclerosis regression, in line with the American Heart Association’s 2020 goal of improving cardiovascular diseases by 20%. Her this study was published in Circulation research in 2020 which was also accompanied by “News & Highlights section” in Nature Review of Cardiology. Her another work of netrin-1, a molecule has proven to be an inflammatory molecule in various disease states such as atherosclerosis. Her Study published in Immunometabolism have suggested that netrin-1 deletion from macrophages, may prevent the weight gain and its consequences of metabolic disorders. She has contributed as co-author is several publications. Monika’s full list of Publications can be found here: https://scholar.google.com/citations?user=8in9A9UAAAAJ&hl=en 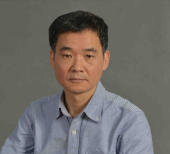 Dr. You is a Professor at University of Electronic cience and Technology of China where he serves as a member of School of Life Science and Technology. His main focus of research is on understanding the interactions between the brain and immune system in psychiatric and neurological conditions. He demonstrated for the first time the imbalance of pro-inflammatory vs anti-inflammatory cytokines in central nervous system (CNS) of stressed-induced depressive-like animals, which play a key role in low neurogenesis and depression induction. Dr. You’s current research is on the effects of microglia on neurogenesis and behaviours. The research includes investigating the roles of microglia in the pathogenesis of major depressive disorders, revealing the interactions between microglia and neural precursor cells during adult neurogenesis, and exploring the potential targets for antidepressant treatment.