Dr Zou is professor of biomedical sciences, director at the Center of Molecular and Translational Medicine and associate vice president for research at Georgia State University.

Dr Zou has served on several national and international study panels such as the National Institutes of Health, American Diabetes Association, American Heart Association, Chinese National Science Foundation, etc. In 2008 he was elected to the American Society for Clinical Investigation, membership in which reflects accomplishments by its members at an early stage in their careers and one of the United States’ oldest honor societies of physician-scientists.

Dr Zou is recognized internationally as an expert in diabetes and diabetes-related cardiovascular complications. He is the author of more than 100 journal articles and book chapters. He is the editorial members for over ten journals and reviewer for over 30 journals, including Diabetes, the Journal of Clinical Investigation, Journal of Biological Chemistry, Circulation, Circulation Research, and the New England Journal of Medicine. 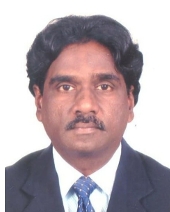 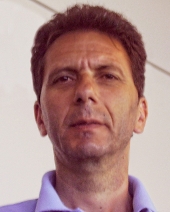 Dr. A. Brunetti is a Professor in Endocrinology at the University “Magna Græcia” of Catanzaro, Italy. He graduated in medicine and specialized in Endocrinology and Metabolism at the University of Catania, Italy. In 1992 he obtained the PhD degree in Endocrine and Metabolic Sciences from the University of Naples, Italy, while he was working at the Division of Diabetes & Endocrine Research, University of California San Francisco (UCSF), USA. During his PhD programme at UCSF, Prof. Brunetti led and was the principal investigator of a series of studies that helped to clarify most of the molecular mechanisms involved in insulin action and the regulation of insulin receptor gene expression in muscle, liver and fat.
Over the past 15 years his research activity has mostly focused on the molecular genetics of insulin resistance and type 2 diabetes, followed by the discovery of a novel mechanism for insulin resistance in a subset of diabetic patients. These studies have helped to identify critical components of the transcriptional machinery that governs insulin receptor gene expression, indicating that defects in the architectural factor HMGA1 (the most important among these components) may cause “HMGA1opathy”, a novel insulin resistance subphenotype observed in patients with either rare forms of insulin resistance or common type 2 diabetes. The results obtained from these studies have provided insights into previously unexplored aspects of insulin resistance and have been presented in various international conferences and published in leading peer reviewed journals.

His current research includes the study of chronic inflammation and hypoxia in fat and their role in the development of obesity-related insulin resistance in the effort to identify new biological targets and biomarkers of early disease. The actual researching activity is also centered on the study of gestational diabetes mellitus (GDM) and the identification of early predictors of GDM and glucose intolerance during pregnancy.

From 2008 to 2016 he coordinated the PhD programme in Endocrine-Metabolic and Nutritional Sciences at the University “Magna Græcia” of Catanzaro. Currently he is a member of the PhD programme in Biomarkers of chronic and complex diseases, and Director of the Operative Unit of Endocrinology and Metabolism at the Azienda Ospedaliero-Universitaria “Mater Domini”, University “Magna Græcia” of Catanzaro, Italy. At national and international levels, he has served as member of multiple editorial boards, and is an active member of various professional societies. 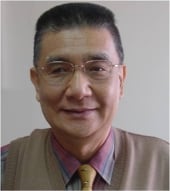 Dr. Cheng is a chair-professor at the Chang Jung Christian University and he also serves as a Senior Investigator in Chi-Mei Medical Center. During his PhD thesis research in pharmacology at Shizuoka Pharmaceutical College in Japan, he demonstrated that calcium-induced calcium release in smooth muscle. Then, he was invited as an associate professor at Tajen Pharmaceutical College in Taiwan. He found a nature fruit Guava in the alleviation of diabetic disorders. In 1986, he moved to the National Cheng Kung University to serve as an associate professor in pharmacology. He continued his favorite target, effects of natural products on diabetic complications. Depending on several findings, he promoted to the professor in the same university. Therefore, Dr. Cheng directed graduate students to investigate the pathophysiology of diabetes and the role of peptides in neuroendocrinology. He characterized the mediation neuropeptide Y in diabetic disorders and established the major role of beta-endorphin in metabolic regulation. In 1996, Dr. Cheng became the chairman of the Research Center for Traditional Chinese Medicine in his university. He used herbal products to demonstrate several findings in the alleviation of diabetic disorders. Therefore, Dr. Cheng got the Fellowship (FCP) from the American College of Clinical Pharmacology. He developed the role of opioid mu-receptors in the metabolic regulation and suggested endogenous receptors are helpful in the regulation of metabolism. Additionally, mediation of endogenous imidazoline receptors in diabetes has also been demonstrated in several publications. Since 2009, Dr. Cheng was retired and moved to the present university. His current research includes a systems biology approach to study the processes of metabolic disorders in efforts to identify new targets for the handling of diabetes and/or metabolic syndrome.

Dr. Cheng has been an active member of the American Diabetes Association (ADA) and New York Academy of Sciences, where he has been involved in the development of basic research to assist handling of metabolic disorders.  At national and international levels, he has served as a member of grant review panels and on the editorial advisory boards of multiple journals. 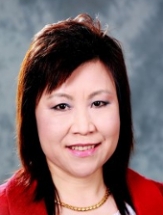 Professor Jing Sun is Professor of Medical Statistics and Epidemiology at School of Medicine,
Griffith University. She is also a president of Queensland Chinese Association of Scientists and Engineers, Australia. She has been leading and teaching post graduate health and medical statistics in Griffith’s health faculty since 2006, with over 2500 postgraduate students completed her quantitative research and statistics course. Jing leads large scale collaboration of Chronic Diseases/Mental Illness randomised controlled trials and cohort studies that led to advances in our understanding of prognosis treatment of patients with cardiovascular disease, diabetes and mental disorders in the era of effective lifestyle based rehabilitation and cognitive behavioural therapy. She has a longstanding interest in chronic disease prevention and intervention program development using tele-health approach and has recently developed a project using wearable technology to monitor chronic disease patients’ health. She has been invited by various international and Australia national conference as keynote speaker and chaired medicion component of Inaugural Australia-China Science and Technology conference and second conference held in Chongqing, China. She has authored over 195 papers in highly esteemed journals on various advanced data science based analytical methods, ranging from multi-level, meta-analysis to machine learning methods. Her other research interests include methodology for epidemiology and health services research and the epidemiology of COPD and maternal and preterm infants birth and development outcome research.