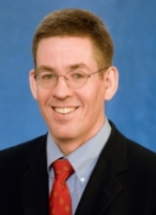 Andreas M Kaiser is a professor of colorectal surgery at the University Southern California in Los Angeles, CA. USA where he served as chair of the Department of Colorectal Surgery from 2008 to 2009. He is a fellow of the American College of Surgeons (FACS), and a fellow of the American Society of Colon and Rectal Surgeons (FASCRS). He is a member of multiple national and international professional associations and serves on several editorial boards and national professional committees.

Professor Kaiser graduated from the University of Zurich in Switzerland. After an internship in surgical pathology, he completed his general surgery training at the University Hospital of Zurich. He spent 2 years in research on pancreas pathophysiology and pancreatitis at Beth Israel Hospital and the Harvard Medical School in Boston. He received the Swiss FMH Board certification in general surgery, in visceral surgery, and the European EBSQ Board certification in coloproctology.

Professor Kaiser is committed to patient-care, research and education. He has written numerous articles and book chapters, and in 2009 published his own book, the “McGraw-Hill Manual of Colorectal Surgery”. He is a member of several editorial boards including Diseases of the Colon & Rectum. In 2010/11, he served as guest editor on Hereditary Colorectal Cancer for the Seminars in Colon and Rectal Surgery. Dr Artifon is an Associate Professor of Surgery at University of Sao Paulo- Brazil, 142 pubmed indexed publications up to now , editor of 11 Endoscopic Books, wrote 180 books chapter,  editorial board of many indexed Medical Journals, international invited speaker of many congresses around the globe . Dr Artifon is a senior expert in Therapeutic ERCP and EUS. 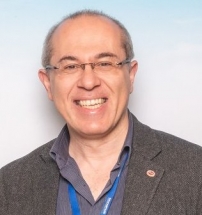 Anastasios (a.k.a Tassos) Koulaouzidis is affiliated with the Department of Social Medicine & Public Health. Faculty of Health Sciences, Pomeranian Medical University, Szczecin. He obtained his MD from the Medical School of the Aristotle University of Thessaloniki (Greece), in 1995. His Doctorate in Medicine (DM) is from the University of Edinburgh, UK; his second, a Doctorate in Philosophy (PhD), is from Lunds Universitet, Sweden. He became a Member of the Royal College of Physicians of Edinburgh (UK) in 2004 and a Fellow of the same College (2013). He is also a Fellow of the European Board of Gastroenterology (2009), and the American Society for Gastrointestinal Endoscopy (2017). Dr Koulaouzidis has published extensively on capsule endoscopy and has co-authored several relevant book chapters. He is the (co)author of >195 PubMed-listed articles, out of which at least 110 are on capsule endoscopy. His research interests include clinical applications of capsule endoscopy, quality improvement & software diagnostics as well as hardware and concept development in capsule & minimally invasive endoscopy. He is also interested in colonoscopy, colorectal cancer, and microscopic colitis. He is an active member of the editorial board of several specialty journals and won several research grants.

Dr. Santosh Shenoy is a faculty surgeon with Kansas City VA medical center and University of Missouri at Kansas City, USA. He is a purpose driven surgeon scientist, educator and researcher, delivering the next generation of surgical trainees. Dr. Shenoy graduated from University College of Medical Sciences, New Delhi, India, followed by residency training in Internal Medicine at Saint Louis University, Missouri and General Surgery residency from West Virginia University, Morgantown. He is certified by American board of Surgery and Medicine. He is also the fellow of American College of Surgeons. He also completed a year of research certificate course in Cancer biology and therapeutics from Harvard Medical School, Boston. He has numerous publications in gastrointestinal diseases, especially gastrointestinal oncology and also an active peer reviewer and on editorial board of scientific surgical and medical journals. His interests include clinical aspects of gastrointestinal medical and surgical pathology, tumor biology and cell signaling, gut microbiome, inflammation and systemic illness. 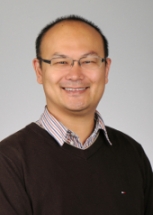 Wing-Kin Syn MD PhD is Professor of Medicine and Attending Physician / Physician-Scientist at the Ralph H Johnson VA Medical Center and the Medical University of South Carolina, and an honorary professor at the University of the Basque Country in Bilbao, Spain. His laboratory research currently focuses on the pathophysiology of nonalcoholic fatty liver disease (NAFLD) and mechanisms of tissue fibrosis. Specifically, his team is evaluating the roles of osteopontin and thyroid hormone signaling in regulating liver disease outcomes. His clinical and translational research is focused on improving diagnostic/prognostic algorithms and treatment of patients with NAFLD through participation in clinical trials and use of novel non-invasive technologies. He also directs a large multi-disciplinary metabolic clinic to provide holistic medical care to patients with NAFLD, and is associate fellowship director for research.