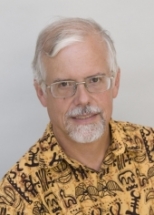 Dr Thomas Unnasch obtained his AB with highest honors in microbiology from Rutgers University in 1976. He received his Ph.D in enzymology from the Massachusetts Institute of Technology in 1981. Following a semester as an instructor at MIT, he joined the laboratory of Dr Dyann F. Wirth at the Harvard School of Public Health. Upon completing his post doctoral fellowship, he joined the division of Geographic Medicine at Case Western University in 1985 as an Assistant Professor. He moved to the division of Geographic Medicine at the University of Alabama at Birmingham as an associate professor in 1989, attaining the position of Professor in 1997. He moved to the department of Global Health at the University of South Florida in 2008, as Professor and State of Florida World Class Scholar.  He was appointed director the USF Center for Biological Defense in 2009.  He has served on many scientific advisory boards for the World Health Oganization, the Carter Center, the US National Institutes of Health and the Ugandan Onchocerciasis Elimination Committee. He is the author or co-author of over 120 publications in peer reviewed journals. Dr Unnasch’s research interests focus upon filariasis and arboviral infections.