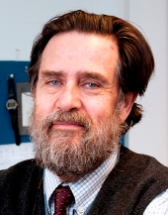 Sholom Glouberman is Philosopher in Residence at Baycrest, President of Patients Canada. He recevied his BA at McGill and his PhD at Cornell Universities. He’s been an adjunct professor at Toronto, McGill and York Universities.

His start in healthcare was as a family caregiver for his dying father in Montreal. Early on he participated in the first multi-scenario strategic planning exercise in Ottawa. He then became the chief planner for the Centenary Wing of the Royal Victoria Hospital in Montreal. Since then, he has continuously been involved with the McGill University Health Centre.

For almost six years he was a Fellow of the King’s Fund in London England where he designed and led the flagship Top Manager Program, published his first book, Keepers, which collected experiences of workers in long term institutions, and helped in a major review of health services in London. He was a member of the Tavistock Clinic’s consulting to institutions seminar led by Anton Obholzer.

He returned to Toronto and was based at Baycrest, a geriatric teaching centre, led training programs in patient centred care at Sunnybrook Hospital, and taught strategic planning to health administrators at the University of Toronto. During this period he completed Beyond Restructuring his second book for the King’s Fund which considered the consequences of the massive changes to health care systems across the English speaking world.

He became Director of Health Policy for the Canadian Policy Research Network. His third book traces the 25 year impact of the Lalonde Report on health status and policy in the complex Canadian healthcare system. In 2003 he designed and led the International Masters Program for Health Leadership at McGill University which brings students from around the world to learn from each others’ experience. Through all this time Sholom advised health policymakers, managers and professionals in Canada, and around the world.

In 2005 Sholom had major surgery, became a patient and wrote My Operation, a graphic example of the disparity between patients’ experience and institutional concerns. He founded Patients Canada in 2007. It was incorporated and given charitable status in 2011. It now reaches more than 12,000 patients and providers, and has as its mission to encourage the participation of patients as partners in all aspects of healthcare.