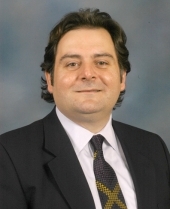 Dr Elie D Al-Chaer is professor of pediatrics, internal medicine - gastroenterology, neurobiology and developmental sciences, and the director of the Center for Pain Research at the University of Arkansas for Medical Sciences in the USA. He is also a lawyer and member of the bar in Texas and the District of Columbia.

He holds a BS (mathematics, 1988) and an MS (physiology, 1991) from the American University of Beirut (AUB), a PhD (neuroscience, 1996) from the University of Texas Medical Branch (UTMB) and a JD (doctor of jurisprudence, 2002) from South Texas College of Law. He has served on and chaired a number of scientific advisory panels for the National Institutes of Health in the USA and other non-governmental organizations. He is the recipient of numerous international accolades and awards for his work on pain mechanisms.

His translational scientific research is centered on the sex differences, hormonal regulation and neural processing of pain. His research also examines the mechanisms involved in controlling and down-regulating chronic pain symptoms in adults, associated with long term neuroplastic, endocrine and immunal changes. He has published over 30 peer reviewed articles and over 100 presentations at scientific meetings. He has written more than 15 chapters for textbooks including three chapters for the Encyclopedia of Pain. He is regularly invited to speak at international symposia on the mechanisms of pain and functional disorders.