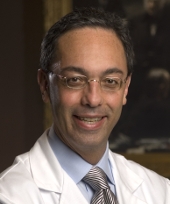 Dr. Doria comes to Jefferson from the Mediterranean Institute for Transplantation and Advanced Specialized Therapies (IsMeTT- UPMC Italy) -- a partnership between the University of Pittsburgh Medical Center and the Italian National Government-- where he served as Chief of Abdominal Organ Transplant.  This is a multiorgan transplant program which was developed from ground to operational by Dr. Doria and co-workers.  From 1999 to 2003 in his capacity, Dr. Doria performed the first liver transplantation, the first live donor nephrectomy and the first live donor hepatectomy and liver transplantation ever done in Sicily - Italy.  He also served as Assistant Professor of Surgery at the University of Pittsburgh School of Medicine and at the Thomas E. Starzl Transplantation Institute, Children’s Hospital of Pittsburgh and the U.S. Department of Veterans Affairs Medical Center of Pittsburgh, PA.

His research interests include the development of inhibitory pathways for liver cancer growth, immunology of solid organ transplantation, development of artificial liver devices.  Dr. Doria's biography has been listed in Who's Who in Medicine and Healthcare, Who's Who in Finance and Industry, Who's Who in Science and Engineering, Who's Who in America.  Dr. Doria, in year 2005 has been named Honorary President of the Italian Association for Organ Donation of the Province of Taranto.  In 2008 Dr. Doria was named: “surgeon of the year” by the Delaware Chapter of the American Liver Foundation.  In 2009 Dr. Doria was the recipient of the Career Achievement Award by the International Association “Pugliesi nel Mondo.” In 2010 Dr. Doria was awarded with the seal of University of Foggia – Italy.  In 2012 Dr. Doria was named by the President of the Italian Republic, Giorgio Napolitano, Cavaliere dell’Ordine “Al merito della Repubblica Italiana” (Knight of the Italian Republic).  Dr. Doria is author of 256 publications: 88 refereed articles; 74 proceedings of conference and symposia, 3 monograph, 8 book chapters; 78 published abstracts; 5 other publication. Dr. Doria is a course director of a CME program approved by Jefferson Medical College.  This course consists of a weekly Journal Club.  Dr. Doria is Principal Investigator and co-Investigator of numerous clinical as well as basic science research studies.
Dr. Doria is a member of numerous professional and scientific societies.