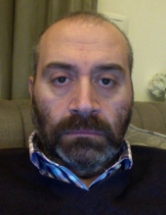 Dr Bassel E Sawaya is a professor of neurology at Temple University, Philadelphia. Dr Sawaya received his PhD in biochemistry and molecular genetics in 1994 from Rene Descartes University (Paris V-France). During his PhD, he studied regulation of the transferrin gene in neural cells under the supervision of Dr Evelyne Schaeffer. He demonstrated that the Tf-promoter in neural cells is different from the one expressed in liver or testis. As a postdoctoral fellow, Dr Sawaya started his research in the HIV1 field. Dr Sawaya also received a biomedical engineering degree from Pierre et Marie Curie (Paris VI) University, France. He then moved to the USA where he joined the lab of Dr Kamel Khalili at Thomas Jefferson University and Allegheny University (formerly Hahnemann). Dr Sawaya is currently a professor in the Departments of Neurology and Pharmacology at Temple University, as well as a professor in the Fels Institute for Cancer Research and Molecular Biology.

Dr Sawaya's research focuses on understanding the replication and pathogenesis of the human immunodeficiency virus type 1 (HIV-1) which is known to cause AIDS in humans. The lack of productive infection of neurons by HIV-1 suggests that viral and cellular proteins with neurotoxic activities that are released from HIV-1 infected target cells, or reservoirs cells for latent active virus, cause this neuronal deregulation leading to alteration of learning ability and working memory deficit. To that end, the Molecular Studies of Neurodegenerative Diseases (MSND) lab is involved in identifying the mechanisms utilizing molecular, virological, and cellular approaches to determine the cellular factors used by the viral proteins as well as their interplay with microRNAs to cause neuronal dysfunction.