Back to Editor profile » Dr Steven A Shea 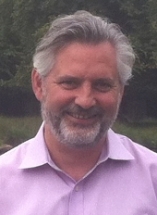 Professor Shea's research focus is to understand the circadian and sleep/wake mechanisms underlying the robust day/night pattern in the severity of a number of disorders, including nocturnal asthma and cardiovascular disease. In addition, he is investigating the adverse health effects of shift work. His goal is to improve therapy in such disorders via modifications in behavior or chronopharmacology. Professor Shea's research has been supported by US federal grants since 1992, and he has authored over 100 original reports and reviews or chapters in the fields of sleep, circadian rhythms, and cardiopulmonary physiology.