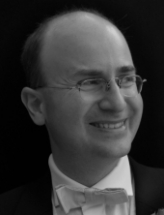 Basic Research: Professor Maurer introduced the high-throughput technology of proteomics into neural stem cell research with the aim of identifying protein sets which define stem cell populations, and factors which are responsible for neural development of stem cells in the brain. Moreover, his research focused on the functions of hematopoetic growth factors like vascular endothelial growth factor (VEGF), erythropoietin (EPO) and granulocyte colony stimulating factor (G-CSF) on neuronal precursor cells.

Clinical Research: With regard to his clinical research interests, his current focus is the application of neuropharmacological agents in neurodevelopmental disorders. He also worked on genetic testing for neurodegenerative disorders, such as fragile X syndrome, and spinocerebellar ataxias.

He is member of the honorary editorial board of the Application of Clinical Genetics since its inauguration in 2008, and was appointed Editor-in-Chief in 2012.