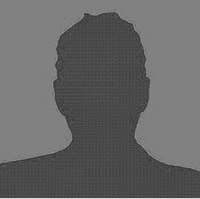 S.H. Annabel Chen, PhD is an associate professor in Psychology at the Nanyang Technological University in Singapore. She is a clinical neuropsychologist and has worked with both adult and child populations. She obtained her doctorate degree in clinical psychology from Purdue University at Indianapolis. After completing her clinical psychology internship at West Virginia University School of Medicine, she went on to pursue a post-doctoral clinical residency in adult clinical neuropsychology at the Medical College of Wisconsin. She subsequently worked as a post-doctoral research affiliate at the Lucas MRS/I Center at Stanford University School of Medicine, and was an assistant professor at the National Taiwan University before joining Nanyang Technological University. She has a diverse research background, including animal drug studies, human neuropsychological research and cognitive rehabilitation.

Dr. Chen has been involved with functional neuroimaging research since 1995 and has published numerous papers on fMRI studies in international peer-reviewed journals.  She has employed Positron Emission Tomography (PET) to study patients with post-concussion sequelae from mild traumatic brain injury, and has been involved in functional Magnetic Resonance Imaging (fMRI) research examining language processing, executive functions, and affective memory in healthy and clinical populations (e.g. stroke, anxiety, schizophrenia, dementia), as well as, assessing neural systems used in motor timing/timing perception in patients with Parkinson's Disease. She has also employed fMRI-guided Transcranial Magnetic Stimulation (TMS) to study higher cognition in the cerebellum.  Her main research interests are in applying neuroimaging techniques, such as, fMRI, diffusion MRI and Transcranial Magnetic Stimulation (TMS) to investigate neural substrates involved with higher cognition in the cerebellum, as well as healthy aging and dementia The goal of her research is to apply these paradigms to study the cerebro-cerebellar circuitry in clinical groups, to further understand the processes of neurodevelopmental (e.g. schizophrenia, dyslexia, autism) and neurodegenerative (e.g. dementia, healthy aging) conditions that would be informative to evidence-based interventions.

She is actively involved with international research collaborations across disciplines including engineering and economics. She has worked as a consultant on fMRI techniques on various projects funded by national and international granting agencies, as well as serving on grant review panels at the international level.