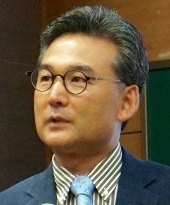 Dr Lyoo is a professor at the College of Veterinary Medicine Konkuk University in Seoul, Korea.  During his PhD program in Immunobiology at Iowa State University (Iowa, USA) he worked with viral recombinant proteins expressed in baculovirus system to develop vaccines and diagnostic reagents.  He was a senior research scientist and served as a Director for the Patho-Diagnostic center of the National Veterinary Research Institute, Republic of Korea. He established a rapid, sensitive and specific sero-diagnostic system by developing numerous microbial diagnostic protocols in animal diseases include swine, bovine and aquatic animal diseases. His research interest has been expanded to emerging and re-emerging viral disease such as FMD, CSF, porcine TTV, Bocavirus, PCVs, PRRSV, Influenza virus and Coronaviruses in pigs.

Dr Lyoo’s past research at the University of Nebraska-Lincoln focused on the role of the HHV-8 in HIV infected patients and their infants. His recent work at the Kansas State University was investigating the highly pathogenic influenza virus prevention measures include Newcastle disease virus-vectored H7 and H5 live vaccines development to protect chickens and pigs from challenge with highly pathogenic H7N9 or H5N1 influenza viruses.

He has served as a member and chair of the numerous scientific journal review panels and editorial boards. He has been actively participating as a chair and member of the advisory committee for highly contagious and exotic animal disease control programs such as classical swine fever and foot and mouth disease. He has been contributing his scientific knowledge with the International Productivity Organization by visiting many developing countries to deliver lectures and helping them to establish better animal production system.