Professor Asmar is Chairman of the Foundation - Medical Research Institutes (France) and past-President of the French spoken network on hypertension. Prior to this position, he was Associate Professor of Therapy and past-president of the Working Group ‘Measurement and Evaluation’ of the French Society of Hypertension. Professor Asmar is a member of several prestigious international committees and scientific societies.

He received the distinction ‘Cardiologist of the Year 2001’ in France in recognition of his long and continuing contributions to medical education.

Professor Asmar has published over 300 scientific articles and several books in the area of cardiology.

Mirna Chahine is a full-time Professor of Cardiovascular Physiology & Head of Basic Sciences Department at the Faculty of Medical Sciences, Lebanese University in Beirut, Lebanon.
She obtained her PhD in 2006 in Cell Biology on Hereditary Cardiomyopathy from Sherbrook University, Canada and completed her post-doctorate trainings in Canada (Winnipeg, MB), then the UK (London) from 2006 to 2012 on nuclear protein import in Cardiovascular diseases.

Presently her research field is about:
1. The effect of Leishmania major infection on atherogenesis and cytokine responses in resistant and susceptible mice.
2. Gender Differences at the level of Telomere length in Human health and cardio-metabolic diseases,
3. Gender Differences at the level of CVD Symptoms, CVD pattern, Chest pain origin, CVD treatments and Cancer.
4. Epidemiological studies (Cigarettes smoking & Vaping prevalence, KAP Hypertension, Diabetes, COVID-19 awareness in Patients with Chronic diseases)
5. Validation of blood pressure measurement devices on the Lebanese population according to international guidelines; Doctor Kajiya is a Senior Consultant Cardiologist at Tenyoukai Central Hospital, Japan. He obtained his medical degree at the Kagoshima University, Japan in 2001 and did a postdoctoral fellowship at the University of California San Francisco (2009-2011) and an interventional cardiology fellowship at the National University Heart Centre in Singapore (2011-2013). Dr Kajiya is Fellow of the American College of Cardiology, Fellow of the European Society of Cardiology, and Fellow of the Asian Pacific Society of Interventional Cardiology. His research focus is to improve outcomes of coronary intervention. Doctor Scicchitano is a Medical Doctor at the University of Bari, Italy. He completed his degree in Medicine and Surgery in 2008, discussing a thesis entitled “Evaluation of cardiovascular risk in patients suffering from Polycystic Ovary Syndrome”. Professor Doctor Struijker-Boudier is emeritus Professor of Pharmacology at Maastricht University, The Netherlands.

Professor Doctor Struijker-Boudier graduated in 1973 in Pharmacochemistry and Biochemistry and obtained his Ph.D. in Pharmacology in 1975 from the Radboud University Nijmegen, The Netherlands. He was appointed Professor of Experimental Pharmacology at Maastricht University in 1980 and Chairman of the Department of Pharmacology and Toxicology in 1984. From 1999 to 2006 he served as scientific director of the Cardiovascular Research Institute Maastricht (CARIM).

Harry Struijker-Boudier has published more than 500 scientific papers in peer-reviewed international journals and books in the areas of cardiovascular pharmacology, hypertension, heart failure and drug design and delivery. He was Vice President of the scientific council of the European Society of Hypertension and board member of the European Federation of Pharmacological Societies. He is doctor honoris causa of the University of Liège, Belgium, recipient of the Descartes-Huygens prize of the French Government, member of the Dutch Royal Society of Sciences and Officer of the Order of Oranje-Nassau of the Dutch Royal House. 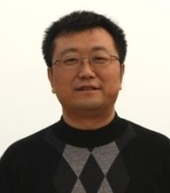 Doctor Wang is a Chief Physician in the Department of Cardiology and Vascular Medicine and Professor at the Peking University Shougang Hospital, Republic of China.

Doctor Wang graduated at Shanxi Medical School in 1990. His research interests focus on early detection of vascular disease and vascular disease therapy. Doctor Wang is the recipient of numerous Awards. He is on the Executive Board of the International Society of Vascular Health and he is a member of the American Society of Hypertension.

Bojan Jelaković, Associate Professor of Internal Medicine, University of Zagreb. Director of the Center for Hypertension and Head of the Department of Nephrology, University Hospital Center Zagreb, Croatia