Research and Reports in Tropical Medicine Dr Rodriguez-Perez studied his B.Sc. (Biology) and M.Sc. (Medical Entomology) at the Autonomous University of Nuevo Leon, Mexico (1984-1990), his PhD (Biological Sciences) at the University of Salford Manchester, England, U.K. (1995-9), completed his Postdoctoral research fellow at the University of California, Riverside, U.S.A. (2004), Center for Biological Research & Nacional Unit for Proteomics (Nacional Center for Biotechnology, CSIC), and National Center for Microbiology (Carlos III Public Health Institute), Madrid, Spain (2007-8, 2015-6, respectively).He is, currently, the Director, Head of a Research Laboratory and Full Professor at the Center for Biotechnology and Genomics (CBG), National Polytechnic Institute (IPN).
He is also a National (Mexico) Investigator Level III (effective from 2016-20) at the Mexican National System for Research (CONACyT). He has been a consulting-collaborator for Entomology/Epidemiology, since 1995, of the Onchocerciasis Elimination Program for the Americas (OEPA:  The Carter Center/ Bill & Melinda Gates Foundation/ Merck Sharp & Dohme/ Lions Club International); and, since 2002, he has been a member of the Mexican Academy of Sciences.

His lab initiated work on onchocerciasis in 1990, performing studies on entomology and epidemiology of onchocerciasis. Where they evaluated the ivermectin program since its beginning to the time it was suspended given that they could demonstrate that the parasite transmission had been interrupted. They continued investigating onchocerciasis until they demonstrated that transmission had not resumed in the three foci of Mexico during the three years since the last distribution of ivermectin occurred; it was concluded that transmission remained undetectable without intervention, and Onchocerca volvulus has been eliminated from Mexico. Several peer-reviewed articles resulted from those studies on onchocerciasis. In parallel, the lab has expanded research towards other infectious diseases such as arthropod borne diseases. In particular, they have been working on dengue since the last six years. To date, these dengue studies have resulted in the publication of nine manuscripts on this subject in journals in the first quartile of impact with international circulation in which he is the author or co-author. Dr Rodriguez-Perez has also been collaborating with his students and colleagues at CBG investigating Helicobacter pylori, Bbdelovibrio, polydnavirus and other microorganisms. Ten PhD, and five MSc students were under his supervision during the last five years in the lab. 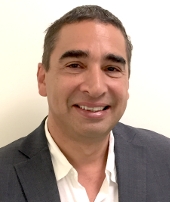 Manuel Rodriguez Valle has a major in Biochemistry, and Ph.D. in Genetics obtained at The University of Havana. During his research fellowship in the Virology Institute at the University of Kyoto, he demonstrated the effect of oncogenes on the replication of human papilloma virus. In the course of his Ph.D. thesis research, he developed a vaccine against cattle tick (Rhipicephalus microplus), and integrated methods of tick control. In parallel he was a researcher at the Centre for Genetic Engineering and Biotechnology at Havana, Cuba, focusing on the expression of recombinant proteins for human and animal treatment such as interferon, human tissue plasminogen activator (TPA) and vaccinal antigens. In 2007, as a postdoctoral fellow in Molecular Parasitology at the Department of Primary Industries and Fisheries in Queensland, Australia, he worked in reverse vaccinology, genomic and immunology applied to the study of the tick–host interaction to develop a new generation of tick vaccine.

Since 2012, Dr. Rodriguez-Valle is Senior Research Fellow at The University of Queensland/ Queensland Alliance for Agriculture & Food Innovation (QAAFI), focusing on the application of biotechnology and genomics to study the host–pathogen interaction to develop vaccines for the control of vector and pathogens that affect humans, domestic and wild animals. In 2013 he obtained an Organisation for Economic Co-operation and Development (OECD) fellowship to work at USDA-ARS Knipling-Bushland, US Livestock Insects Res. Lab. on a DNA vaccine using multi-epitope genes to protect cattle against ectoparasite. In 2016 his research on genomics, proteomics and immunology studies in Ixodes holocyclus (Australian Paralysis tick) achieved to develop a novel paralysis tick vaccine and treatment. Currently, he is Associate Professor at the University of Melbourne, Department of Veterinary Bioscience, Victoria Australia, and Honorary Professor at the University of Queensland; his research is focused on functional genomics, drug development and bio-control of plant pests. Dr. Rodriguez-Valle is a member of the Australian Society of Parasitology and International Society for Pest Information (ISPI). At national and international levels, he has served as a member of Australia Research Grant Review Panel and on the editorial advisory boards of multiple journals.