Research and Reports in Neonatology 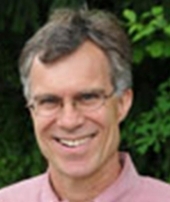 Dr. Schelonka is an Associate Professor of Pediatrics and Chief of the Division of Neonatology at the Oregon Health and Science University Portland, OR, USA. His laboratory-based research efforts focus on the relative immunodeficiency of neonates and inflammatory-mediated fetal and neonatal end organ injury. He believes that understanding the ontogeny of cellular immunity, as a function of the development and diversification of T and B cell antigen receptors, will provide clues and identify targets for the development of novel therapeutics aimed at specific gaps in immune function.  Further, he is actively investigating whether fetal or neonatal infection with the mycoplasmas, previously thought to be indolent or unimportant pathogens, may contribute to white matter injury in the brain.  In the clinical arena, his research efforts center on prevention of nosocomial infections by pharmacologic, immune augmentation and infection control strategies.

As an active clinician, Dr. Schelonka has consulted or practised neonatology in North, Central and South America, Saudi Arabia as well as South Korea, Japan and the Mariana Islands.

Anne Greenough is Professor of Neonatology and Clinical Respiratory Physiology, Director of Education and Training at King’s Heath Partners Academic Health Science Centre. She was Board Member of the Higher Education Funding Council for England and Chair of the National Institute for Health Research (NIHR) Paediatrics (non medicines) Specialty Group and Vice President of Science and Research, Royal College of Paediatrics and Child Health (RCPCH) (2014-2019).
Professor Greenough is a member of the Department of Women and Children’s Health, Faculty of Life Sciences and Medicine, King’s College London and the Asthma UK Centre in Allergic Mechanisms of Asthma. Her research interests focus on the early origins of chronic respiratory disease and include factors affecting antenatal lung growth, optimisation of respiratory support, determinants of sudden infant death syndrome and prevention and treatment of chronic lung disease, particularly related to viral infections and sickle cell disease.