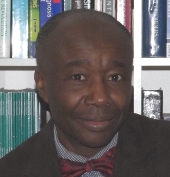 Laurens (Larry) Holmes, Jr. is an immunologist and infectious disease specialist, and obtained his doctoral degree in cancer epidemiology and biostatistics from the University of Texas, Health Sciences Center at Houston. He is a Principal Research Scientist at the Nemours Office of Health Equity & Inclusion, Newark, where he directs Pediatric Health Disparities Science research, training and education. He is also a professor of molecular epidemiology & clinical trials at the Biological Sciences Department at the University of Delaware, Newark, DE (USA).

His research interests include immunologic surveillance of cancer, health disparities in major adult and pediatric malignancies and bio-molecular basis of health disparities in pediatric morbidity and mortality. Whereas differences in pediatric health outcomes are driven by variances in social determinants of health such as socioeconomic status, population differences at bio-molecular level also predispose to health disparities in childhood morbidity and mortality. Dr. Holmes is a pioneer of ecologic modelling in understanding complex causal models of pediatric diseases and health including biomarkers of susceptibility, risk, severity and prognosis identification and characterization at population level.  He is a founding member of the North American Pediatric Health Equity Collaborative (NAPHEC).

Professor Holmes is also a major proponent of global epigenomic medicine and public health , which implies the gene and environment interaction in disease etiology,prognosis and outcomes, namely,survival and mortality. . With this trajectory, implying patient/subpopulations as the center of care and equitable outcomes, the scientific medical and public health communities require the application of aberrant epigenomic modulations as molecular sequencing via DNA methylation in induction therapy, prior to the standard of care, especially in pediatric malignant neoplasm , diabetes, CVDs, preterm birth, perinatal and infant mortality 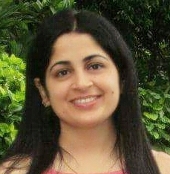 Dr Roosy Aulakh is a Professor in Department of Pediatrics at Government Medical College & Hospital, Chandigarh, India. She graduated from the same hospital and received the Best Graduate Award along with twelve gold and seven silver medals for excelling in academics from Panjab University, Chandigarh in 2002. She completed her post-graduation in Pediatrics from Christian Medical College (CMC), Ludhiana and topped the list of successful post graduates students in Baba Farid University, Faridkot, Punjab, India in 2006.  She did her Residency in Post Graduate Institute of Medical Education & Research (PGIMER), Chandigarh, India from 2007 to June 2011. Thereafter, she continued as Senior Research Associate (under Council of Scientific and Industrial Research, New Delhi)  in Pediatric Neurology at PGIMER and joined as regular faculty in Government Medical College & Hospital, Chandigarh, India in Aug 2011. She did her Fellowship in Neurological Rehabilitation from Medvarsity, Apollo Hospitals, Hyderabad and currently runs Pediatric Neurology and Pediatric Neurocysticercosis clinics weekly.

She worked as Secretary of Indian Academy of Pediatrics Chandigarh Branch (2014-2015) and organized multiple conferences and workshops. She has completed numerous research projects including one on Unwanted Sexual Experiences amongst adolescents funded by Indian Council of Medical Research (ICMR), New Delhi. She has numerous national and international publications to her credit. She is currently a member of the Editorial Board of several peer-reviewed scientific journals such as International Journal of Pediatric Research, Scholars Journal of Applied Medical Sciences, Scholars Journal of Medical Case Reports and Indian Journal of Case Reports. She is currently a reviewer of many esteemed international journals including Journal of Pediatric Neurology, BMJ Case Reports, Journal of the Royal Society of Medicine, BMC Pregnancy & Childbirth and Journal of Clinical & Diagnostic Research.