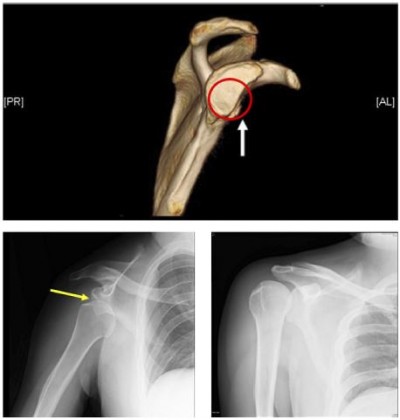 Purpose: Treatment options appear lacking for patients with epileptic seizure-induced shoulder dislocations who are not candidates for shoulder and focus resection surgeries. To reduce shoulder joint dislocations caused by epileptic seizures and simultaneously reduce the frequency and intensity of seizures, we performed corpus callosotomy for two patients with medically intractable epilepsy that induced repetitive shoulder joint dislocations.
Materials and methods: A 21-year-old man (Patient 1) with bilateral temporal lobe epilepsy [Focal onset impaired awareness seizure (FIAS), 1/month; focal to bilateral tonic-clonic seizure (BTCS), 1/2–3 months], autism and intellectual disorder and a 34-year-old man (Patient 2) with left multi-lobar epilepsy (BTCS, 3–4/month; status epilepticus, 1/2–3 months), autism and intellectual disorder had suffered from repetitive seizure-induced shoulder dislocations (1/2–3 months for Patient 1; 3–4/month for Patient 2). Due to frequent seizures and uncooperativeness, they were not candidates for shoulder joint dislocation surgery. They were also not candidates for focus resection surgery due to multiple foci and uncooperativeness for invasive monitoring. We performed corpus callosotomy for both patients.
Results: Postoperatively, frequencies of both shoulder dislocations (2 in 5 years of follow-up for Patient 1; 1 in 5 months of follow-up for Patient 2) and epileptic seizures were drastically reduced.
Conclusions: For patients who are not candidates for focus resection and shoulder joint surgeries but who suffer from frequent shoulder joint dislocations, corpus callosotomy could be a treatment of last resort.

Patients with generalized seizure could be candidates for corpus callosotomy (CC).11 This procedure reduces generalized tonic-clonic seizures and might turn them into focal onset seizures.12

We encountered two patients with repetitive shoulder joint dislocation due to medically refractory bilateral tonic-clonic seizures (BTCS) who were not considered candidates for shoulder surgery due to possible postoperative uncooperativeness and frequent BTCS. We hypothesized that CC might reduce the frequency and intensity of BTCS along with the frequency of shoulder joint dislocations.

Patient 2 was a 34-year-old, right-handed man with left multi-lobar epilepsy, autism and intellectual disorder (Tanaka-Binet intelligence scale, 5 years 10 months old) who exhibited BTCS at 29 years old. At first, since seizures were brief and appeared on an annual basis, he had not been on any medications. However, as seizures exacerbated in intensity and frequency, LEV was started. As seizures finally reached daily frequency, LCM was added. However, seizures were medically intractable, and he also had started exhibiting status epilepticus (SE). EEG for Patient 2 showed independent epileptiform discharges over bilateral frontal, temporal and parietal lobes, with a left predominance.

As seizures in both patients caused right shoulder dislocation every time, they had visited the emergency room for shoulder repositioning, sometimes requiring general anesthesia (Figure 1). Their orthopedic surgeons did not regard either patient as a candidate for shoulder surgery due to the relatively high frequency of seizures and likely uncooperativeness after shoulder surgery. Discussions regarding epilepsy surgery were held in our case conferences, where the patients were considered unsuitable for focus resection surgery due to the multiple foci and predicted uncooperativeness with invasive monitoring. To reduce BTCS in both patients and SE in Patient 2, we performed total CC for Patient 1 (Figure 2) and anterior callosotomy for Patient 2, as these procedures were considered to have the possibility of preventing shoulder dislocation. The reason for anterior callosotomy in Patient 2 was simply the preference of patient’s family, as they were concerned about the risks of disconnection syndrome.13 The etiology of epilepsy was unclear in both patients. However, as both were patients with autism spectrum disorder and epilepsy, shared underlying neurobiological mechanisms might have been involved,14 such as genetic issues15 or mammalian target of the rapamycin pathway.16

After the CC, FIAS remained in both patients, but BTCS became rare and SE disappeared in Patient 2, even though we did not change any medications post-operatively. Right after the callosotomy, intra-operative electrocorticography (ECoG) strip electrodes in bilateral frontal cortices showed reductions in epileptiform discharges for both patients. Generalized discharges were only seen in Patient 2, and were drastically reduced and lateralized to the left hemisphere (Figure 3). Clinically, seizure frequency and intensity were reduced, but seizure semiology itself did not change after the callosotomy. As of the time of writing, Patient 1 has experienced only three BTCS events with two shoulder joint dislocations within the 5 years after CC, whereas previously he had experienced shoulder dislocations once every 2–3 months. Patient 2 has experienced no BTCS for the 5 months since CC, although one spontaneous shoulder joint dislocation was seen within the same period; previously he had experienced shoulder dislocations 3–4 times/month (Table 1). Before CC, even though both patients had used shoulder-immobilizing braces, BTCSs had induced shoulder dislocation. After CC, immobilization therapy using shoulder immobilizer braces allowed each patient to maintain their shoulder in the correct position due to the reduced occurrence of BTCSs. Both were also able to perform range of motion and muscle-strengthening exercises, which required shoulder joint immobilization for at least several weeks. No neurological abnormalities were seen except for transient alien’s hand in Patient 1 and transient mutism in both patients.

For patients who are not candidates for focus resection or shoulder-repositioning surgeries and who are suffering from frequent shoulder dislocations, corpus callosotomy could represent a good last-resort treatment.

No funding was received for this case series. We are grateful to Dr. Masayuki Abe from the Department of Orthopedic Surgery for advice regarding shoulder dislocation and manuscript preparation.

The parents of the patients who were not considered capable of providing legal consent, provided written informed consent for publication of these case details. The ethics committee at Seirei Hamamatsu General Hospital approved this study.

Neurosurgical operation: AF, NI. Acquisition of data: TO, KS and AF. Analysis and interpretation of data: AF, TO, and HE. All authors contributed to data analysis, drafting and revising the article, gave final approval of the version to be published, and agree to be accountable for all aspects of the work.