Back to Journals » Vascular Health and Risk Management » Volume 12 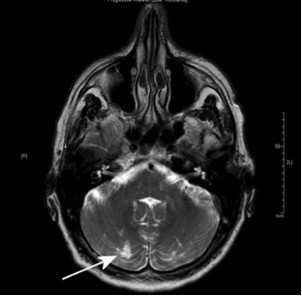 Abstract: Atrial fibrillation (AF) is the most common cardiac arrhythmia, with a projected number of 1 million affected subjects in Germany. Changes in age structure of the Western population allow for the assumption that the number of concerned people is going to be doubled, maybe tripled, by the year 2050. Large epidemiological investigations showed that AF leads to a significant increase in mortality and morbidity. Approximately one-third of all strokes are caused by AF and, due to thromboembolic cause, these strokes are often more severe than those caused by other etiologies. Silent brain infarction is defined as the presence of cerebral infarction in the absence of corresponding clinical symptomatology. Progress in imaging technology simplifies diagnostic procedures of these lesions and leads to a large amount of diagnosed lesions, but there is still no final conclusion about frequency, risk factors, and clinical relevance of these infarctions. The prevalence of silent strokes in patients with AF is higher compared to patients without AF, and several studies reported high incidence rates of silent strokes after AF ablation procedures. While treatment strategies to prevent clinically apparent strokes in patients with AF are well investigated, the role of anticoagulatory treatment for prevention of silent infarctions is unclear. This paper summarizes developments in diagnosis of silent brain infarction and its context to AF.