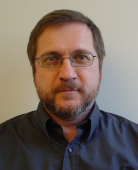 Michael R. Shurin, MD, PhD is a Professor of Pathology and Immunology at the University of Pittsburgh Medical Center and an associate director of the Division of Clinical Immunopathology. After graduation from medical school in Moscow and additional clinical training, Professor Shurin proceeded his research career in psychoneuroimmunology and obtained a PhD degree in immunopharmacology from the State Research Institute for Pharmacology in Moscow, Russia. From 1991, Michael Shurin was a member of the faculty at the University of Pittsburgh at the departments of surgery and pathology. He leads a unique research program focusing on cellular and molecular interactions in the tumor microenvironment supported by NIH and other foundations.

He is well known for his studies on dendritic cells in cancer. Professor Shurin has published more than 200 papers, reviews and book chapters, edited four books, including “The Tumor Immunoenvironment” and “Infection and Cancer: Bidirectorial Interactions”, organized several international conferences on immune-mediated diseases, immunodiagnostics and cancer immunotherapy. He served on NIH, DoD and ACS study session, several editorial boards and advisory committees.