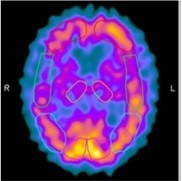 Abstract: We have comprehensively documented a case of semantic variant of primary progressive aphasia (sv-PPA) presenting with early-onset pathological gambling (PG). While a growing number of studies have shown the presence of behavioral alterations in patients with sv-PPA, PG has been observed only in the behavioral variant of frontotemporal dementia (bv-FTD). To date, no case of PG with the co-occurrence of prominent semantic deficits at the onset of the disease has been reported in the literature. Impulse disorders at onset may wrongly lead to a misdiagnosis (ie, psychiatric disorders). Therefore, a wider characterization of cognitive/aphasia symptoms in patients presenting impulse disorders and predominant language dysfunctions is recommended.

Semantic variant of primary progressive aphasia (sv-PPA), also known as “semantic dementia”, is one of the main clinical variants of frontotemporal dementia (FTD). From a clinical-pathological point of view, FTD degeneration is usually caused by TAR-DNA-binding protein (TDP-43), a 43 kilodaltons that has been reported as the underlying cause of the disease in approximately 68%–80% of subjects with sv-PPA.1 According to the current diagnostic criteria,2 in order to identify patients with sv-PPA, two core features are necessary: the impaired naming of objects more than actions and impaired single-word comprehension. Moreover, several studies have demonstrated that the clinical features of sv-PPA may depend on the atrophy prevalently involved in the left hemisphere rather than in the right one.3 For example, severe anomia and impaired single-word difficulties are more likely to be present in patients with a prevalently left hemisphere involvement,4 while impaired recognition of familiar and famous faces is a typical consequence of predominantly right hemisphere atrophy.5 There is growing awareness of the presence of behavioral alterations in patients with sv-PPA. The most frequent clinical features are disinhibition, impulsivity, bizarre food choices/hyperphagia and repetitive/compulsive behavior that belong to the sphere of positive symptoms.6,7 To date, impulse control disorder or, more specifically, pathological gambling (PG) has been widely observed in the behavioral variant of FTD (bvFTD),8,9 but no cases of PG with the co-occurrence of semantic deficits at the onset of the disease have been reported in the literature. In this report, we describe the case of a 64-year-old male with symptoms of PG and the onset of co-occurrence of semantic impairment typical of sv-PPA.

In October 2016, an Italian-speaking, right-handed 64-year-old male, with only eight years of formal education, was referred to our Neurodegenerative Diseases Centre by his family. He presented with a 2-year history of progressive language deficits and impulse control disorders with PG evident from the onset. Before developing PG, the patient was described by his family as being parsimonious and careful with money. Over the two years, he had started to spend his money on gaming machines and scratch cards, squandering his salary and his savings and borrowing money from friends and relatives to continue gambling. From the onset of the disease, the patient also presented semantic deficits and started to use objects inappropriately because he seemed not to recognize them. At initial neurological examination, the patient presented with mild signs of Parkinson’s (ie, bradykinesia, hypomimia) and there was a family history of dementia (his father had Alzheimer’s disease). In the following month, the patient underwent a neuropsychological assessment that showed an entirely normal cognitive performance, even for executive tasks, with the exception of a slight but not significant impairment in verbal episodic memory that could be related to his lexical-semantic deficits. Activities of daily living were preserved. At the speech-language examination, he showed isolated semantic deficits, ie, impairment in single-word comprehension, nonverbal semantic association, surface dyslexia and word-finding difficulties as assessed by the Screening for Aphasia in Neurodegeneration battery (SAND).10,11 At the spontaneous speech task, he showed a low speech rate associated with several false starts and a lot of lexical-semantic errors, ie, word-finding pauses with a tendency to produce high-frequency nouns and poor content resulting in a reduction of information units. The patient’s linguistic profile did not report articulatory, phonetic and phonemic errors. PG was confirmed from the Barratt Impulsiveness Scale12 and South Oaks Gambling Screen13 (Tables 1 and 2).

The patient was diagnosed as having sv-PPA according to the classification of Gorno-Tempini et al.2

In November 2017, the language deficit worsened to paragrammatic speech, a low speech rate and reduction of information content. Also, his behavioral changes increasingly worsened with apathy, disinhibition, compulsive/stereotyped behaviors and hyperphagia, as did performance in executive/social cognition abilities, compatible with a frontal lobe dysfunction (Tables 1 and 2).

This clinical picture indicated the presence of a second phenotype, behavioral-frontotemporal dementia (bv-FTD), according to the criteria of Rascovsky et al14 with associated mild parkinsonism. A diagnosis of fronto-temporal lobar degeneration (FTLD) was established according to the Lund–Manchester criteria.15

PG was nonresponsive to pharmacological therapy (eg, levodopa) during the course of the disease and was considered a significant clinical finding within the wider spectrum of behavioral symptoms.

From a clinical point of view, our patient’s behavioral and cognitive disorders showed similar trajectories. He had bilateral cerebral atrophy that resulted in the overlapping of behavioral and language symptoms. Behavioral symptoms are usually related to right hemispheric atrophy; therefore, as this was prevalent, we should have expected more evident behavioral symptoms compared to semantic deficits. However, behavioral symptoms became more pronounced during the course of the disease.

Other causes of neurodegenerative dementia were excluded, for example, an atypical frontal form of Alzheimer’s disease,16 as the patient did not show low levels of beta-amyloid at CSF examination. At the second evaluation, the patient presented with dementia, spontaneous parkinsonism and an altered DAT SCAN, but a diagnosis of Lewy body dementia17 was excluded because the clinical picture was unremarkable for two core features (hallucinations and fluctuating cognition) and cognitive functions were reasonably preserved compared to behavioral changes. Treatment with levodopa was started only several months after onset and therefore was not responsible for the PG.

The clinical information collected may also lead to an alternative, possibly even complementary, hypothesis related to the evolution of the patient’s symptoms.

As the disease progresses, the symptoms of the different phenotypes of FTLD can converge as an initially focal atrophy becomes more prominent and spreads to affect large areas in the frontal and temporal lobes. Over time, patients manifest global cognitive impairment and motor deficits, including parkinsonism.18 In our patient, parkinsonian signs were very slight at the first clinical examination (without DAT-scan evidence), but had worsened by the second examination (with imaging evidence). This hypothesis sits well with previous studies in which early parkinsonism is present in 18%–20% of patients with FTLD and is most often seen in patients with bv-FTD, while it is rarely seen in sv-PPA, only in about 3% (for a review see19). sv-PPA with parkinsonism is not yet fully understood. One study reported that six sv-PPA patients showed parkinsonism, but their clinical features were not defined in detail.20 Therefore, the case could be made for a patient with bv-FTD and prominent semantic involvement. The parkinsonism seen in bv-FTD patients is usually characterized by akinetic rigid syndrome,21 the same kind that we found in our patient. Moreover, specific patterns of cortical and subcortical atrophy in the frontal lobe, insula and anterior cingulate cortex characterize bv-FTD.22,23 Our findings in this patient with parkinsonism show a neurodegenerative process involving not only anterior frontal areas, but also posterior frontal regions, including M1 and the cortico-basal, ganglia-caudate, nucleus-thalamo-cortical motor loops that are also implied in PG behavior.24

At the onset, PG may wrongly lead to a misdiagnosis. It is extremely important to consider several differential diagnoses as these symptoms may overlap with other conditions, ie, late-onset psychiatric disorders. Moreover, prominent PG can lead to an underestimation of cognitive/language deficits in the early phase of the disease. A wider characterization of impulse disorders in FTLD with predominant language dysfunctions would be crucial for an early diagnosis.

However, we are aware that our report presents some limitations. In particular, the lack of an experimental task in the neuropsychological examinations. Prior reports have shown that, on a task like the Iowa Gambling Task, the pattern of gambling in PPA is different from bv-FTD.25 The experimental task could have been useful to distinguish compulsion from gambling behavior.

To sum up, FTLD is a clinical-pathological syndrome that encompasses a heterogeneous group of neurodegenerative disorders. The different phenotypes described may have clinical and pathological characteristics that overlap, and it is possible that isolating a phenotype can be difficult because its borders may not be clearly evident as they may all belong to the same clinical-pathological spectrum.

In conclusion, this case is pertinent because of its atypical onset. Over the course of time, the evolution and progression of symptoms and the distributions of pathological changes suggest an underpinning FTLD pathology. It is worth noting that, in order to increase the accuracy of the clinical diagnosis, appropriate and validated batteries26 are essential since they are inexpensive and low-tech tools that can be used in a variety of clinical settings, such as primary, secondary or tertiary care and research studies.

Written informed consent was obtained from the patient for publication of this case report and accompanying images. This case study was approved by the institutional ethics committee of AO Pia Fondazione Card. G. Panico.