Postseizure aphasia in Wernicke's encephalopathy: a case report and review of literature 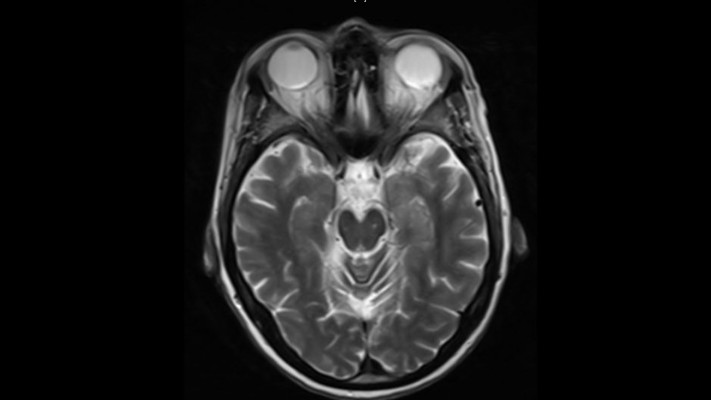 Abstract: This case discusses the course of a woman with a history of epilepsy, alcohol use disorder, herpes simplex virus (HSV) encephalitis, and Wernicke encephalopathy (WE) who presented with altered mental status following approximately 48 hours of vomiting. After experiencing a tonic–clonic seizure in the emergency department, she developed a fluent aphasia. Aphasias are ordinarily attributed to structural changes in the brain parenchyma, often from stroke, neoplasm, or infection. When the magnetic resonance imaging of brain failed to show changes that could explain her fluent aphasia, the neurology team consulted psychiatry to workup psychogenic aphasia. During an admission 9 months earlier, she had been diagnosed with HSV encephalitis and possible WE. There was a high degree of suspicion for recurrent HSV infection, intermittent focal seizure activity, postictal psychosis, pseudobulbar affect, or a vascular cause of her fluent aphasia. After 3 days of treatment with levetiracetam, high-dose intravenous thiamine, and aripiprazole, the patient’s fluent aphasia reversed. The authors conclude that the patient’s reversible fluent aphasia was not psychiatric in etiology but likely caused by her seizures, the result of subtherapeutic phenytoin levels; her electroencephalogram showed focal seizure activity in the temporal lobes, possibly affecting her language centers. Language-related neurological conditions, or aphasias, can mimic psychiatric conditions such as conversion disorder or psychosis. In patients with substance use disorders, the line between psychiatric and neurological conditions becomes even more difficult to distinguish. The paper also discusses how unique aspects of her medications – levetiracetam conferring neuron membrane fluidity; aripiprazole, a drug shown to halt brain atrophy in mouse models; and parenteral thiamine to address her deficiency and WE – have aided in the reversal of the fluent aphasia. Levetiracetam should be considered in WE and the rare occurrence of aphasia after seizures.